Engineering students in Senegal have joined their country’s fight against the coronavirus pandemic with inventions such as automatic sanitiser dispensers and medical robots.

The students attending a top engineering school in the capital, Dakar, have turned their technical skills towards easing pressure on the wards – and they are already in talks with hospitals over some of their innovations.

One example is a small robot, dubbed “Dr car”, which will be able to measure patients’ blood pressure and temperature, according to students from Dakar’s Ecole Superieure Polytechnique (ESP).

The university is considered one of West Africa’s best for engineering and technology, and is highly selective, with 28 nationalities represented among its 4,000 students.

Lamine Mouhamed Kebe, one of the students who conceived the robot, said the machine would reduce the exposure of doctors and nurses to infected patients and use of expensive protective gear.

“At a certain point … we realised that medical equipment was limited,” the 23-year-old told AFP news agency. “We can do something.”

Guided by a mounted camera and controlled via an app, doctors will also be able to communicate with patients through the robot, Kebe said, potentially allowing them to treat people isolated in hard-to-reach rural areas.

Senegal’s coronavirus outbreak pales in comparison to the situation in virus-stricken Europe and the United States.

But after a slow start, confirmed cases in the nation of some 16 million people are increasing. And as with other poor countries in the region, there are fears that Senegal is ill-equipped to handle a large outbreak.

Authorities have recorded more than 1,700 cases to date, including 19 fatalities. Hospital staff in Dakar are also beginning to contract COVID-19, the highly infectious respiratory disease caused by the new coronavirus.

An initial prototype designed by the students was essentially a small mobile trolley, designed to carry equipment or meals to patients.

But Abdoulaye Bousso, the head of an emergency ward in a Dakar hospital, asked to redesign it to include mechanical arms capable of conducting medical tests – an upgrade the students are working on now.

“It’s a whole process,” Bousso said, adding that the robot could cut down on their use of expensive bibs and gowns, which must be thrown away. 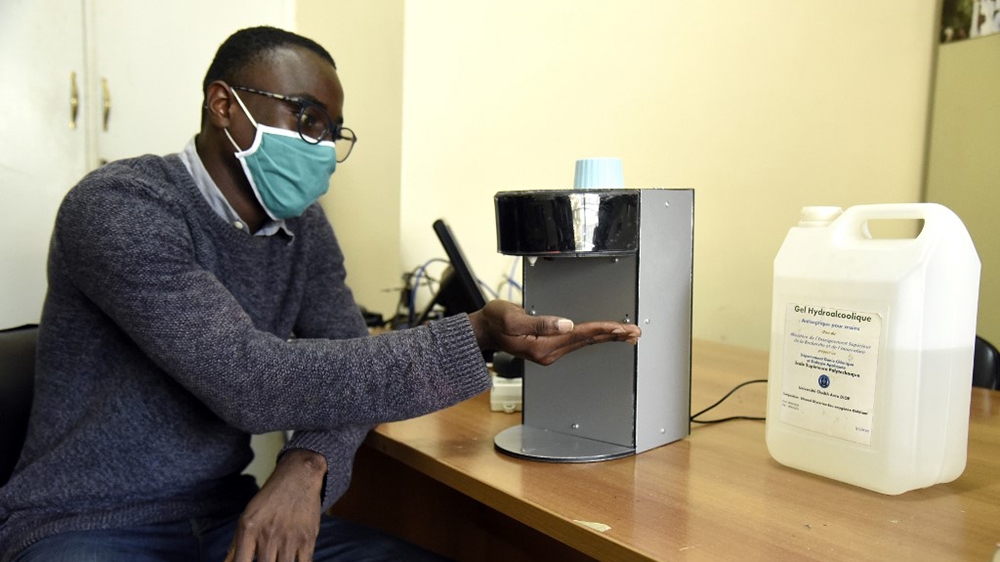 Ndiaga Ndiaye, an ESP professor in charge of marketing the inventions, said that the university has long emphasised practical projects and entrepreneurship, which meant students were poised to act when the virus broke out.

The robot is “far from being a gadget,” he said, and could be produced at a larger scale once ready.

“We are a public institution. There is one concept that binds us all together, and that is service to the community,” he said. 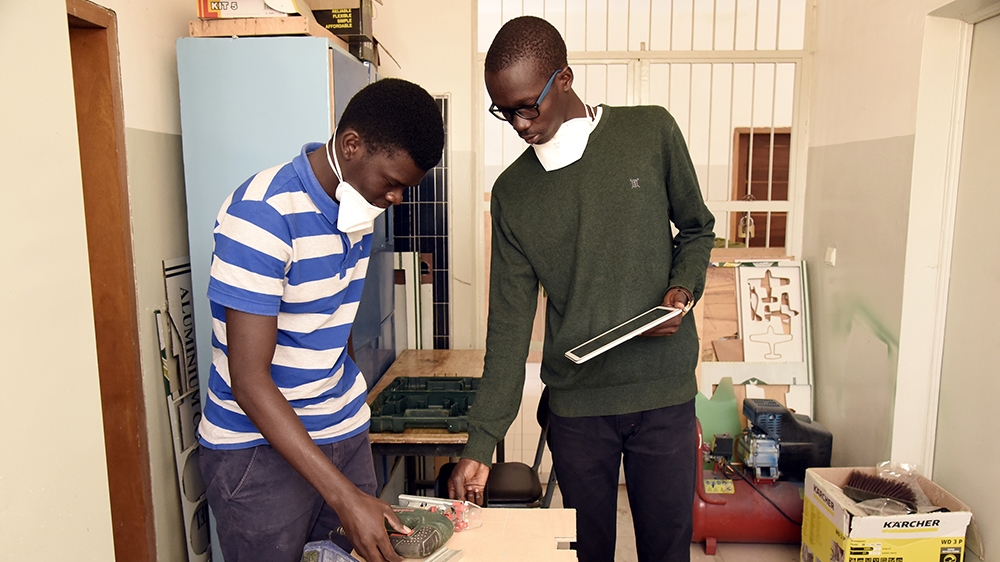 Other students have devised simpler devices that they also hope will battle the disease in Senegal.

Gianna Andjembe, a masters student in electrical engineering, has designed an automatic hand-sanitiser dispenser that he said could reduce the need for staff in schools and hospitals to supervise hand-washing.

“It’s very simple, it’s basic,” said the 26-year-old. “As scientists, as engineers, we have to meet the challenges and really take our destiny into our own hands,” Andjembe added.

Lectures are now held over video and students who used to tinker in labs until late at night must now rush home owing to a dusk-to-dawn curfew.

How To Reprogram Your Brain for Wealth

Focusing deeply on this meditation for just 7 minutes a day, will reprogram your unconscious mind to manifest wealth.

But the crisis has also given the young engineers a sense of purpose.

“What has changed is the responsibility,” robot maker Kebe said before adding that the students also felt “much more patriotism”.

As Trump resumes travel, staff takes risks to prepare trip
A gang of hackers claims to have sold off all the data it has on President Trump for $1 million, and plans to auction its Madonna data next

A gang of hackers claims to have sold off all the data it has on President Trump for $1 million, and plans to auction its Madonna data next

Can parents refuse to send their children to school when they reopen?

Ananya’s pics will make you miss your vacation